What's your pick for biggest Bruce Springsteen story of 2021? 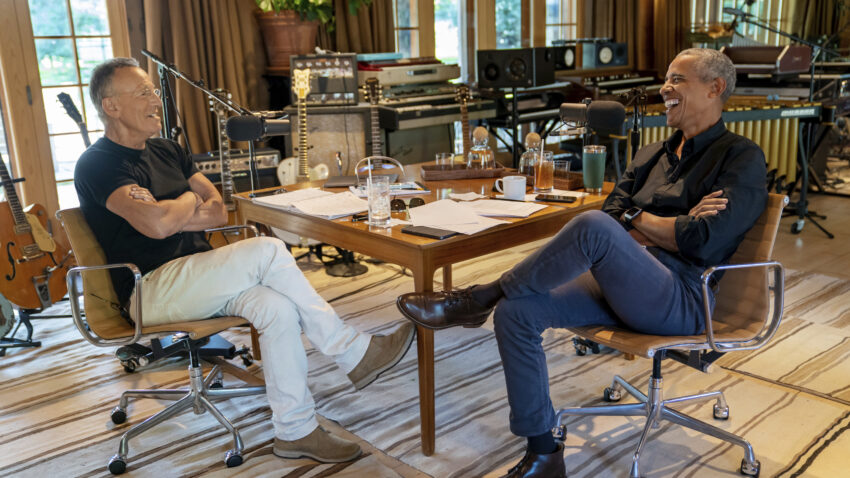 Just look at those two renegades yucking it up.

On the one hand, it doesn’t feel like 2021 was what you’d call a monumental year in Springsteen Country: We didn’t get a new album (that was last year), or a new tour (that’s next year, fingers crossed!). But looking back on it, for a year when we were, and still are, coming out of a global pandemic, Bruce was actually remarkably busy for a man past retirement age.

Some may remember how he promised a “secret surprise” way back in the beginning of the year — we guessed and got them, yes, all wrong. But it turned out there were more than a few of those, starting with a surprising Super Bowl ad, and an even more surprising (and, as it turns out, highly unnecessary) DUI arrest.

But we’re gathering those weren’t what he was referring to, given the much bigger developments we saw as the year went on: A podcast (and book!) with Barack Obama, of all people; the return of “Springsteen on Broadway”; and the release of a full-length “No Nukes” concert film and album, featuring the most extensive up-close-and-personal look yet at the E Street Band performing during the “Darkness”/”River” eras.

Throw in the unexpected escalation of the Great Waves/Sways Debate into the pages of the New Yorker and the New York Times, and guest appearances on tracks from Bleachers, The Killers, John Mellencamp, Tom Morello and Dion, and you actually have quite a Year in Springsteen. (Oh yeah, and then he sold his catalog for $500 million-plus.)

But which of these was the top Springsteen story of 2021? That’s where you come in. Choose up to four events from the list below (or here), and we’ll compile the results in a future post. One thing’s for sure: Springsteen’s not slowing down, and we can’t wait to see what comes out of 2022.

Never Have I Ever: Bruce Springsteen Edition!

Here's the top Springsteen story of 2021, according to Blogness readers